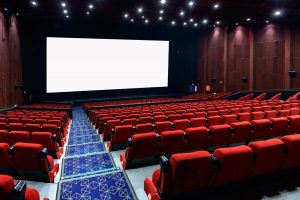 Watching previews can be one of the best parts about going to the movies.

Sitting in the theater with your hand in your bucket of popcorn, chatting with your buddies before the main attraction; it’s show-time, and you’re just seconds from being transported to a whole new dimension! There’s anticipation, excitement—nerves, if you’re on your first date—and more than anything, a high dose of adrenaline rush, especially if it stars your favorite actor!

Every once in a while, however, you’ll see a trailer that stops you in your tracks and makes you more excited than the film you’re about to watch.

And that’s called making an impact!

Casting a Spell with an Enchanting Trailer

Movie trailers give you the opportunity to generate buzz for your film; to reel in audiences in less than 3 minutes with a compelling video montage.

Think of it as releasing a single for a new album. You’ve taken into consideration what the public likes and responds to; and you’re using that as a promotional tool to strategically market your music and generate sales.

There’s no hard and fast rule when it comes to making a trailer, but there are times when directors don’t pay as much attention to it as they do to other aspects of post-production. And sadly, it shows.

Let’s get down to simple economics.

Your trailer is an advertisement for your film. If you misrepresent the product or do an inadequate job of promoting it, you form a poor impression and lose the chance to prove them wrong.

Why work so hard to shoot a brilliant film only to mislead audiences with a predictable trailer?

We’ve been working with professional and indie filmmakers for the past 15 years, and take it from us when we say: a well-directed trailer can make the difference between long queues at the movies and an empty theater for weeks in a row.

Nothing’s worse than a clichéd trailer. Make sure yours wows audiences by avoiding these common blunders:

1.    Starting with a generic opening line.

In a land far, far away… in a world with no rules…

Did you read the line in a typical deep manly voiceover, characteristic of movie trailers? Sounds like they hire the same guy to narrate all their films, reading from what seems like the same old script.

You know the ones—where the trailer starts with a typical suburban family around the dinner table, turkey roast in the center, mashed potatoes and smiles.

Suddenly, the music changes and the picture perfect ideas come to a screeching halt with the emergence of an obstacle. One of the members is a closet psychopath, or maybe diagnosed with cancer. Who knows? It doesn’t matter—apparently all you need to know is something bad just happened.

But what’s this, a new character, a possible love interest or a doctor who might have a revolutionary cure for an untreatable illness? Cue: a flashing montage of a struggling protagonist going against all odds to overcome. And in the last few seconds—complete silence, as the name of the film fades in, with a cringe-worthy voiceover that implies hope or redemption.

These are the ones that are generally appealing, with a promising cast. But by the end of the trailer, you’re just left staring blankly at the screen, thinking, “Huh?”

A trailer is your one shot to invite audiences to see your picture. Make sure you get it right by consulting a professional.

Outpost Worldwide is a video production company based in Kansas City. We have assisted countless filmmakers with their HD videos, including services in pre and post-production.