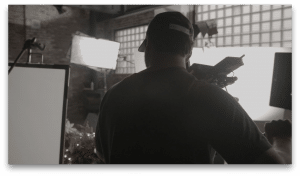 No matter how talented you are, no matter how great and encyclopedic your knowledge of cinema; regardless of your resources and success of your last project—you can’t have a memorable career in films without indulging in a bit of risk-taking.

Kurosawa, Tarkovsky, Truffaut, Satyajit Ray: filmmakers from around the world whose bold and unconventional filmmaking resulted in some of the most iconic works of cinema, which now form the bedrock of the motion picture industry. These were artists who painted the canvas of reality with the colors of their imagination—defying the rules of convention each time to create something truly remarkable.

The most compelling films are the ones that provoke and question, intrigue and mystify. And above all else, they’re the films that make you leave the theaters with great fodder for conversation that can go on for weeks, even months on end!

When you’re starting off on your journey as an inexperienced filmmaker, you’re nervous but passionate, brimming with excitement for what is yet to come.

No one knows who you are, or what you’re capable of bringing to the table. This lowers the bar of expectation, and raises the bar of possibility.

With ambition as your compass, and determination as your torch, you’re open to experimentation, fearlessly going where no man has gone before.

After tasting from the sweet cup of success, however, you’re likely to change course and abandon old ideas—now that you’ve made it (or so you think)!

Suddenly, your work is being reviewed, your name is being recognized, you’re being invited to talk shows—and when you talk about your upcoming project, people expect big things from you!

Fame can be fickle, and it’s important to keep the sudden attention from interfering from your creativity.

Contrary to the glitz and glamour of Hollywood, filmmaking is a laborious endeavor, demanding more than just talent.

With one successful project, you can become an overnight sensation. But it’s the series of next projects that determine if it was just a stroke of good luck, or genuine talent.

Outpost Worldwide shares 3 simple tips to make sure you always keep surprising (in a good way):

It doesn’t have to star your wife, it doesn’t have to be autobiographical. Simply choose a subject matter that resonates with you on a deep and profound level. With passion as your guiding light, your film will be anything but dull.

Filmmakers break rules all the time, and it’s not always a terrible decision. Case in point: Alejandro Innaritu’s Birdman, winner of several Academy Awards, was filmed entirely in one shot. Believe in yourself and try something you haven’t done before!

The director is captain of the ship, but that doesn’t mean he can’t ask for guidance from the veterans. Know your limitations and use every opportunity to learn from everyone, be they famous or not.

We have been in the film and media industry for 16 years, and counting—offering HD production services in filmmaking, corporate communications and marketing videos.

To learn more about the craft, drop us a line, and let our professionals set you off on the right path!